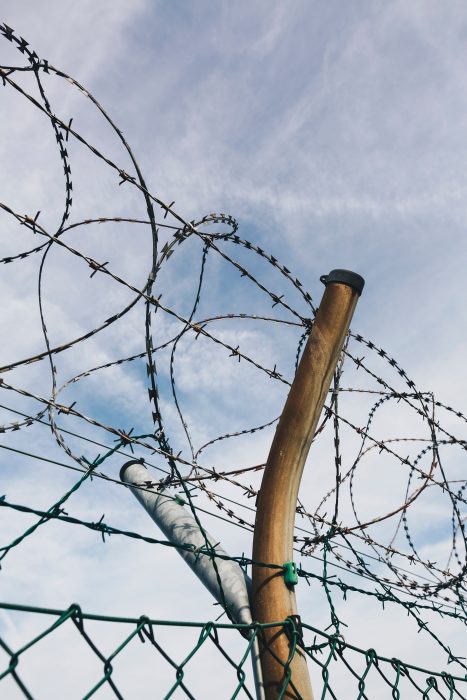 Border security is essential in today’s globalized world. As countries develop, they need to increase their capacity for border control while still maintaining an elevated level of security.

National borders are a country’s geographic frontiers and define the territory over which the governments have legal control over the buildings, acts, and people who live inside them. The term border is frequently linked with a line drawn to restrict and, in certain circumstances, prevent the movement of people, commodities, and services into a nation. As a result, borders are correlated with establishing a security perimeter for regulating access into a sovereign nation’s territory.

What is border security?

Securing the borders from the illicit flow of guns, narcotics, contraband, and people while encouraging lawful trade and travel is critical to homeland security, economic growth, and national sovereignty.

How to prevent terrorists from entering countries

Terrorism has been a critical issue gaining increased attention in recent years. It is usually a result of groups or individuals who are motivated by the idea of establishing a caliphate, which they feel can only be accomplished through violence.

Ways to prevent terrorists from entering countries include:

Maintaining secure air, land, and marine borders is a challenging task. Many countries struggle to maintain basic aviation-security procedures, such as screening cargo and cross-checking travellers against national and international watch lists and databases, in their efforts to safeguard their air borders. This necessitates both financial and human resources and equipment, and specialized expertise.

Simfox is a computer-based X-ray and CT simulation platform designed to train and assess security screeners’ image interpretation and threat detection skills. People can attempt to introduce into the countries they visit, items that may be harmful to others such as plastic and cast explosives (C4, Semtex A, Semtex 4, TNT Cast, Sheet explosive, Nitroglycerine, Aluminized Water Gel, NG Dynamite or No 8 Strength Electric Cardboard Detonator. Terrorists who enter countries with these threats have the potential to cause massive disasters and deaths.

Although X-ray technology has been around for decades, it is still used in a variety of diverse ways. One of the primary uses is to detect illegal drugs and people crossing borders. Other uses include finding cracks in aircraft, checking the integrity of shipping containers and identifying smuggled goods.

Simfox provides a realistic simulation of the most popular X-ray scanner brands’ single- and dual-view models.

Simfox offers simulators for conventional X-rays, CT and for container X-rays. The staff learns how to use the traditional X-ray simulator during the training sessions. Simfox provides high-resolution X-ray pictures and manufacturer-specific image improvement and processing facilities. Interfaces are available for all significant single and dual-view scanner manufacturers, including Smiths-Heimann, Rapiscan, L3, Nuctech, and Gilardoni.

Containerized cargo screening is a new defence in the anti-terrorism arsenal. Its purpose is to scan all containers transiting through ports to identify whether they contained hazardous chemicals.

The capacity to scan all containers using these machines has been a valuable weapon in the battle against terrorism. This technology enables a more efficient and precise method of screening goods.

Simfox – the solution against security threats

Simfox offers you training to help you detect attempted breaches in your security. Our fully customizable training platform provides a lifelike screening experience with real detection scenarios for maximum engagement and knowledge retention.

Renful Premier Technologies has been at the forefront of advanced security training since 1994, specializing in the research, development and delivery of state-of-the-art products and services.

Today, customers in over eighty countries worldwide use our products and services for training and monitoring their security teams. Our customers include civil aviation authorities, government agencies, customs and border guards, airports, ports, cargo forwarders, high-security installations, and postal charges.